To me, the greatest piece of technology to hit hotel rooms in the past decade isn’t WiFi,1 it’s the curved shower curtain rod. This week I came across—for the first time—a minor failure of this wonderful innovation.

You know what I’m talking about, right? The standard hotel tub/shower combo is kind of narrow, and in the old days with a straight rod, the arms and/or shoulders of any normal-sized person would often hit the curtain during a shower. This wouldn’t be so bad except that hotel shower curtains are made of a material specially engineered to stick to damp skin. I’ve been in hotel showers where I was certain the shower curtain was trying wrap me up like a mummy.

The curved rod, which I don’t remember seeing anywhere before the dawn of the 21st century, holds the curtain out a few inches, just enough for clearance. If the Nobel Committee decided to award a prize for Hotel Science, the inventor of the curved rod would be on his way to Stockholm right now.

The hotel room I stayed in earlier this week had something I’d never seen before: a droopy rod. 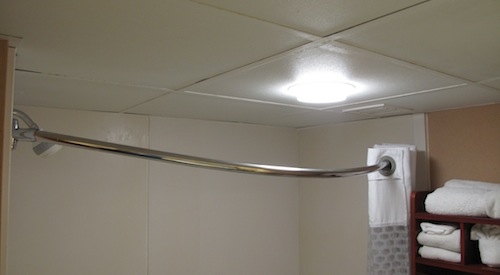 A little investigation showed that the droop was due to two errors of installation: 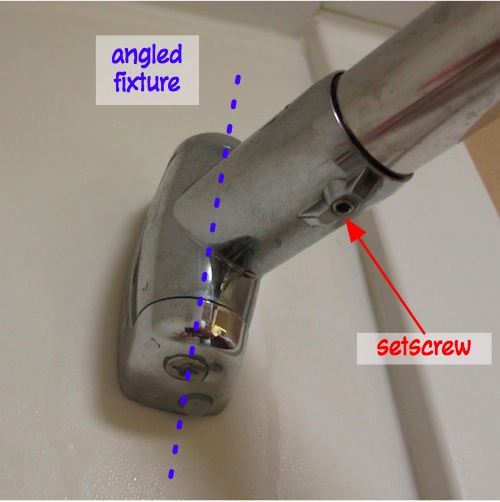 First, the end fixture was installed at an angle instead of straight up-and-down. Second, the set screw that keeps the rod from rotating in the fixture wasn’t tightened.

In a straight curtain rod, neither of these errors would matter because the weight of the curtain is aligned with the end fixtures and there’s no tendency to rotate the rod. But in a curved rod, the load is at an offset from the line defined by the end fixtures, and the combination of load and lever arm creates a moment that rotates the rod if the installation didn’t make it tight at the ends. 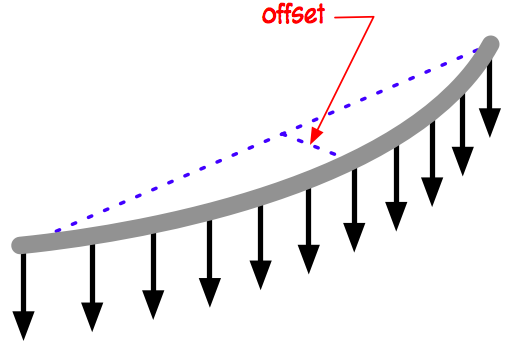 Despite the poor installation, the rod still did its job, another tribute to its excellent design.

Yes, I did feel a little foolish taking photos in the bathroom, but I know that’s the kind of detailed nerdery you’ve come to expect. It was no bed of roses, no pleasure cruise. I consider it a challenge before the whole human race to take photos in loos.