Back in my pocket

Back in the pre-iPhone days, I was a big Hipster PDA user. If you go spelunking in the HPDA section of the 43 Folders Wiki, you’ll find several links to posts here at ANIAT. The iPhone ate away most of my HPDA use cases, and I went a few years without carrying anything in my pocket to write on. Sometime last year, though, I decided that despite the great advances in note-taking on the iPhone, I still needed paper often enough to justify carrying around some index cards or a small notebook.

I decided not to return to the HPDA. I knew I wasn’t going to be writing on a daily basis, and index cards tend to get frayed when they stay in your pocket for a long time. Also, I didn’t want the rigamarole that comes with the binder clip—a simple notebook that I can hold and manipulate in one hand as I write with the other seemed more useful.

Which left me to decide between Field Notes and Moleskine Cahier. I get the sense that Field Notes are more popular among notebook nerds nowadays, but I went with Moleskine because they’re more readily available to me. I can get them shipped free from Amazon in small numbers or I can just pop into the local bookstore. 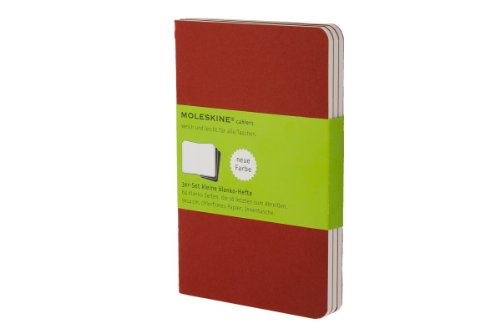 Field Notes makes more sense if you use the notebooks rapidly enough to justify a subscription, but I didn’t think I would.

That prediction came true. After six months or more, I’m less than halfway through my third Moleskine. I use them for the usual ephemeral stuff, like phone notes when I’m on the road and throwaway sketches and calculations. Generally speaking, the Moleskine Cahiers hold up well, despite spending months in my back pocket. They do take on the sexy curvature of my ass, but that only makes them more appealing. Sturdy though they may be, the Cahiers aren’t indestructible. I thought that by choosing the red ones, I’d avoid sending them through the wash by having them clearly visible against the blue of my jeans. No such luck for this one. Still, even though the spine came apart and the paper got a little crunchy when it dried out, the writing is still legible—or as legible as my writing gets.

Speaking of writing, I’m still carrying a Uni-ball Jetstream RT pen. I use the bold version, usually in black. 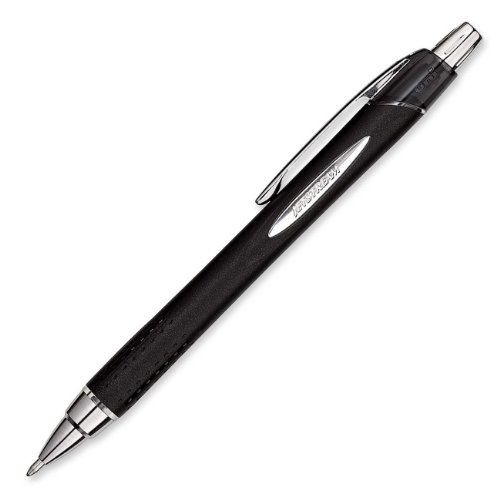 Although the bold advertises itself as having a 1.0 mm linewidth, that’s an overstatement. I’d say the 1.0 mm Jetstream is comparable to a 0.7 mm pen from most other manufacturers. The most important features to me are that it’s always ready to write I take it out of my pocket and it dries almost instantly on the paper. That’s pen heaven, and they’re not expensive. I live in fear that Uni-ball will discontinue them.