This morning’s bad news from Afghanistan isn’t included in this graph. The August graph will look substantially worse. 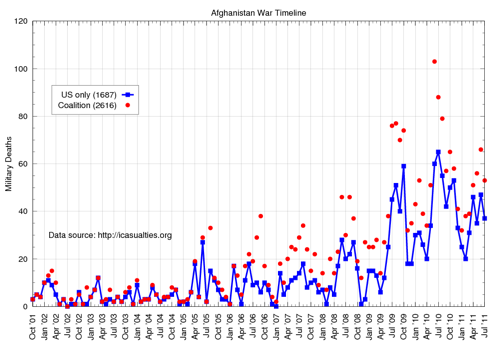 There have now been more than 1700 US military deaths in Afghanistan, and it seems unlikely that troop withdrawals will go fast enough to keep the total under 2000.

After a shocking jump up in June, Iraq casualties are back down to where they’ve been for about a year and a half. 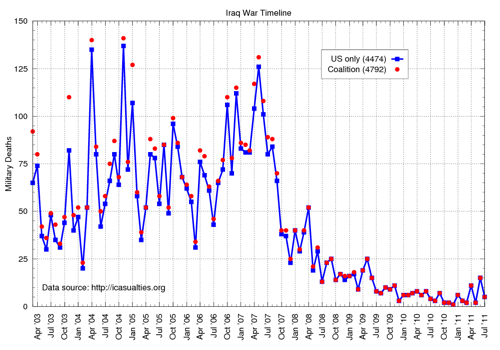