Daniel Bernoulli is in your toilet

With the Chicagoland Snowpocalype ’11 in full swing, and the wind howling outside my window, my thoughts have turned to the effect of Bernoulli’s principle on my toilet.

Wind is so strong the water in the toilet bowls is rising and falling from the pressure changes in the vent pipe. #yesimanengineer

Bernoulli’s principle comes to us via the great 18th century mathematician Daniel Bernoulli, one of the many mathematical Bernoullis who populated the academies of Europe for generations. It’s usually presented as an equation relating the pressure, velocity, and elevation of a fluid at a given point:

(Before we go much further, let’s recall that a fluid is a substance that has no fixed shape—both gases and liquids are fluids. We’ll be applying Bernoulli’s principle to air.)

Bernoulli’s principle is probably best thought of as an energy relationship. The total energy is the sum of the pressure, velocity, and elevation terms. The total energy along streamline is constant, but how it’s distributed among the three terms can change.

For a gust of wind traveling parallel to the ground, the elevation term is constant; in this situation, Bernoulli’s principle becomes a relationship between pressure and velocity. The higher the velocity, the lower the pressure.

This may seem counterintuitive. After all, don’t high winds produce high pressures? That’s certainly how it feels when you’re standing out in a windstorm. Recognize, though, that when the wind hits you its velocity at the contact point is zero. All the energy that was being carried in the velocity term is converted to pressure, and that’s what’s trying to knock you over.

So what does this have to do with toilets? Here’s a simplified diagram of a toilet, a vent pipe, and a sewer pipe. 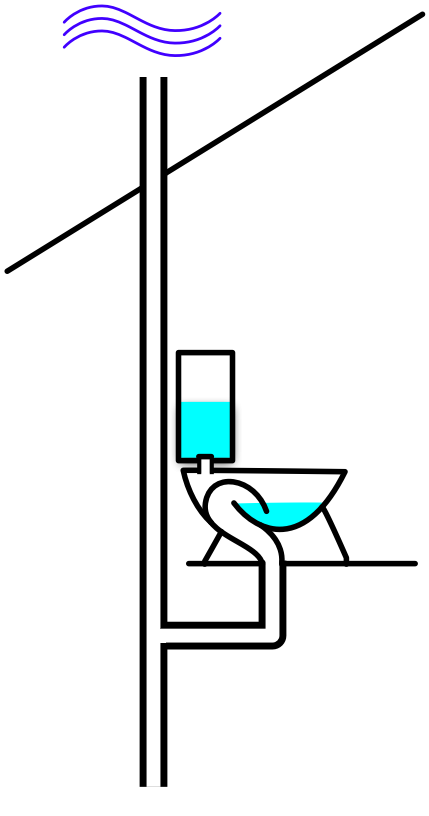 The vent pipe sticks up through the roof of the house to allow sewer gases to escape. The water in the bowl covers the toilet’s internal connection to the sewer pipe to keep the gases out of the living space. The water forms a kind of seal, separating the air in the vent pipe from the air in your house.

You’d never notice the lowering if the wind stayed at a constant speed, but it doesn’t. High winds tend to fluctuate rapidly, which leads to rapid changes in the vent pipe pressure and, therefore, rapid changes in the water level in your toilet bowl. The changes aren’t large but they’re noticeable because they cause the surface of the water to undulate. 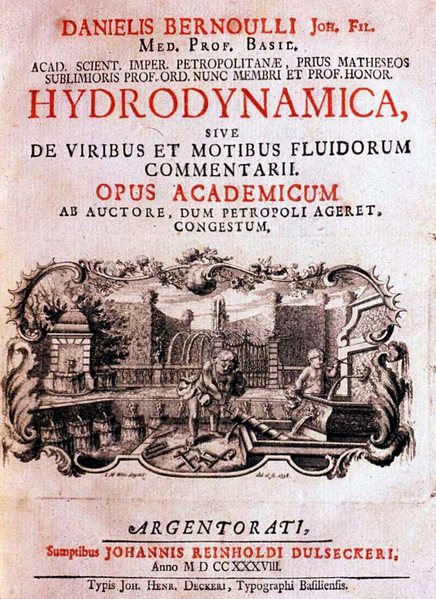