Last night, I was going to write a post comparing Simplenote to Elements. I’d already written a brief comparison of the two, but that was before the release of Simplenote 3. It seemed only fair to take into account the improvements in it.

But instead of writing the post, I got hooked on watching YouTube videos, and pretty soon the evening was gone. That turned out to be a lucky break, because when I opened iTunes today, I found that Second Gear had just done a small update to Elements. So now I can compare the latest and greatest of both apps.

If you’re the impatient type, here’s the bottom line: although I haven’t deleted Simplenote from my iPhone, I’ve stopped using it. All my notes are done in Elements now.

The primary new features in Simplenote 3 are:

These additions don’t address the downsides of Simplenote I mentioned in my earlier comparison:

The big change in Elements is that you can now use any font on the iPhone, not just the “Roman” versions. I immediately switched from Courier to Courier Bold. The font looked ridiculously thick at first because I’d gotten used to the spindly look of plain Courier, but now it seems OK, especially when combined with the Silver background. 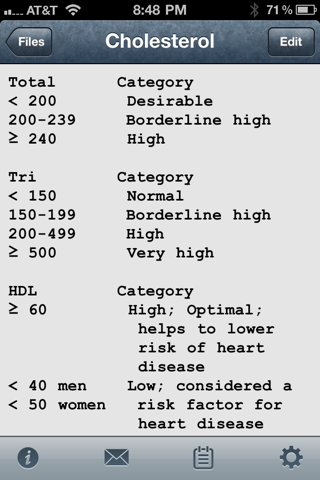 There’s no question I’d prefer a nice sans serif monospace font, but unless there’s a way for Second Gear to package a font with the app, we won’t see a really good looking monospaced font in Elements until Apple gives us one.

Elements is not without its problems.

These problems, though, don’t come close to outweighing the great simplicity that comes from Elements’ Dropbox syncing. I can use any text editor on my computer to create a file, save to the special Elements folder within my Dropbox folder, and it’ll be available in Elements on my phone in a minute or two. And for files edited in Elements, the syncing is just as automatic in the other direction.

As I said in my initial comparison, the two things that set Elements apart from Simplenote are:

That Elements can now display its notes in a font that actually looks black instead of light gray is just one more step ahead of Simplenote.

It’s true that Elements is $5, whereas Simplenote is free, but if that’s your overriding consideration, you might want to reconsider your priorities.