Or whatever it is

It’s a Bank Holiday weekend in England1 and BBC Radio 2 is running several Beatles-themed shows. I’ll be recording some of them with Audio Hijack Pro for later listening. 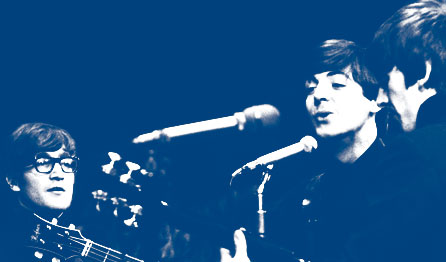 [image brazenly stolen from the BBC]

This show is of particular interest to me because it will, no doubt, include the John Lennon quote that gave this blog its name. It’s about the controversy that rose up—mostly in the Bible Belt—over Lennon’s comment in an interview that the Beatles were more popular among young people than Jesus. During a tour of the US, Lennon was forced to give this not-quite apology at a press conference in Chicago.

I’ve always thought it should be set as poetry

Hard to believe that “God as a thing or whatever it is” went over well with the critics.

The weirdest thing about the “bigger than Jesus” todo is that it was an artificial controversy ginned up by some radio DJs to take advantage of their conservative, low-information listeners. Imagine that.