Over the summer, I’ve taken a handful of photos of a prairie preserve that I bike through on my way to and from work. My goals were to

The photos are on my Flickr page, but they’re not organized in an album because I don’t have a Pro account. Do a search on “springbrook” to see just the prairie preserve photos.

I don’t have any of the uploader applications on my (first generation) iPhone; I just email the photo to the special address associated with my Flickr account. This means the photos come in at 800x600 instead of the full 1600x800 resolution, but I value immediacy more than resolution—these are not works of art.

One thing that’s bothered me about my photos of the preserve is that they never seem to be in focus. At first I thought they were just blurry because I’d moved as I took the shot, but eventually I came to realize that it is a focusing issue.

The first camera I owned was one of the early Kodak Instamatics. Like the iPhone, it had a fixed-focus lens that made it simple to manufacture and easy to use. Unlike the iPhone, the Instamatic’s focal length was set so the depth of field encompassed a range from about 4′ to infinity. My iPhone’s depth of field certainly doesn’t extend to infinity, which is the reason my prairie preserve shots look blurry.

So what is my iPhone’s depth of field? I set up a tape measure and a target on a nice sunny day and started shooting pictures at one foot intervals. The target I chose was the book Engineering Properties of Steel by ASM. The cover has a nice mix of fine and bold lines, and the white, blue, and red colors would contrast well with the green that would make up the bulk of the background. Here’s a resized version of one of the photos: 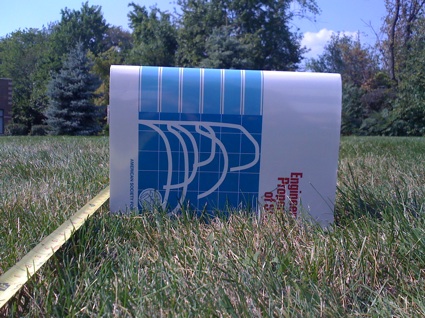 After downloading the photos, I opened them in Preview, set the view to Actual Size, and took several screen captures. The screen captures are done as PNGs so there are no compression artifacts other than those from the camera itself. Here’s the capture for a distance of 1 foot: 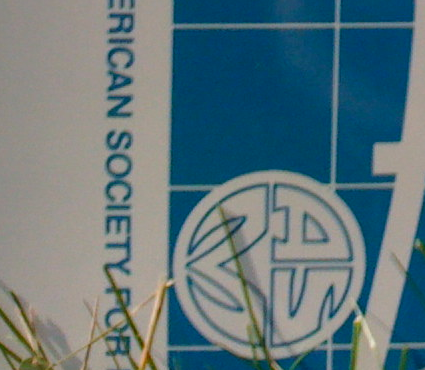 Obviously not in focus, but better than I was expecting for being so close. Here the capture for a distance of 2 feet: 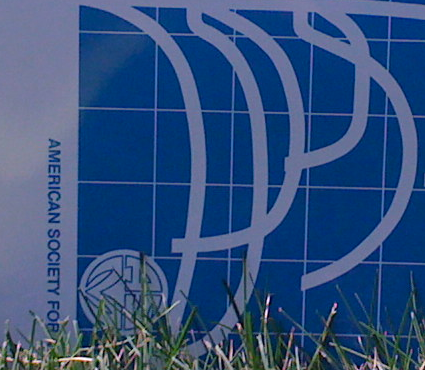 This is quite good. Here’s the capture for 5 feet: 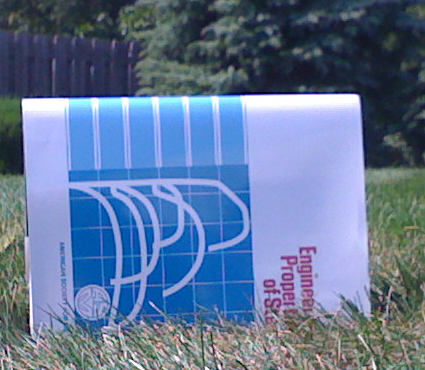 This is acceptable, but you can tell that it’s starting to get fuzzy. As you would expect, the photos for 6, 7, and 8 feet got steadily worse, although they weren’t terrible. By 9 and 10 feet, though, I considered the photos out of focus. Here’s 10 feet: 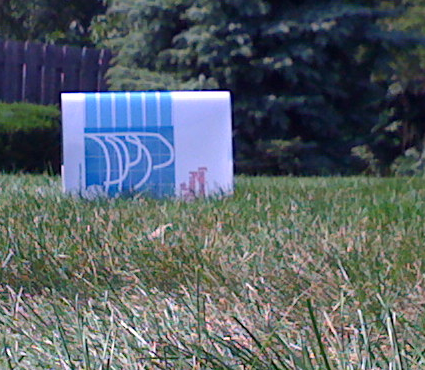 The book is very fuzzy, especially when compared with the grass in the foreground. And you can also see in these last two captures how blurry the fence and the spruce in the background are. They’re about 40′ from the camera.

So my iPhone is definitely not great at taking landscape photos. If the size is reduced for web viewing, distant objects look OK. See, for example, the background trees in the top photo. But they’re not in focus at the native resolution of the camera.

Why is focus set to give this depth of field? I can think of two reasons: