A little Googling tells me that these aren’t as new as I thought when I first saw them in a Meier a couple of weeks ago, but they’re worth a short post, anyway.

Pilot has come out with a mini version of their well-known G2 pens. They’re over an inch shorter than the standard G2 and fit even better in your pocket or purse. 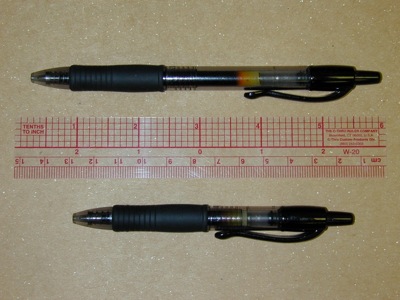 (You can click on the image to see a larger version.)

This is probably not a pen for men with really big hands (remember, it’s not the size of the pen, it’s how you write with it), but it’s just long enough for the barrel to rest against knuckle of my index finger, so it works for me. 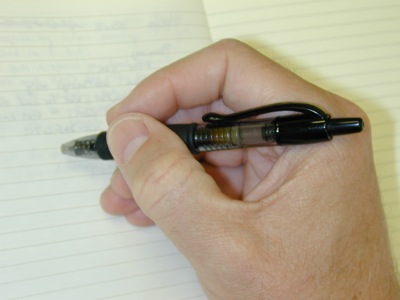 I have to think this is a direct response by Pilot to the whole Moleskine/HPDA subculture that’s been fueled by productivity blogs like 43 Folders and Lifehacker.